What is a Popular Magazine?

Popular periodicals come in many formats, although often slick and attractive in appearance with lots of color graphics (photographs, drawings, etc.).

These publications do not cite sources in a bibliography. Information published in popular periodicals is often second or third hand and the original source is rarely mentioned.

Articles are usually very short and written in simple language.

The main purpose of popular periodicals is to entertain the reader, to sell products (their own or their advertisers), or to promote a viewpoint. 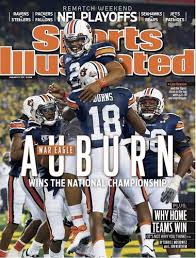 Sensational periodicals come in a variety of styles, but often use a newspaper format.

Their language is elementary and occasionally inflammatory. They assume a certain gullibility in their audience.

The main purpose of sensational magazines seems to be to arouse curiosity and to cater to popular superstitions. They often do so with flashy headlines designed to astonish (e.g., Half-man Half-woman Makes Self Pregnant).

Their language is often written in the style of a newsreport, but the stories cover anything from the outlandish to the very mundane yet unlikely topics.

The main purpose of parody magazines is humor.

Submit an email form; we will respond in 1 - 2 business days